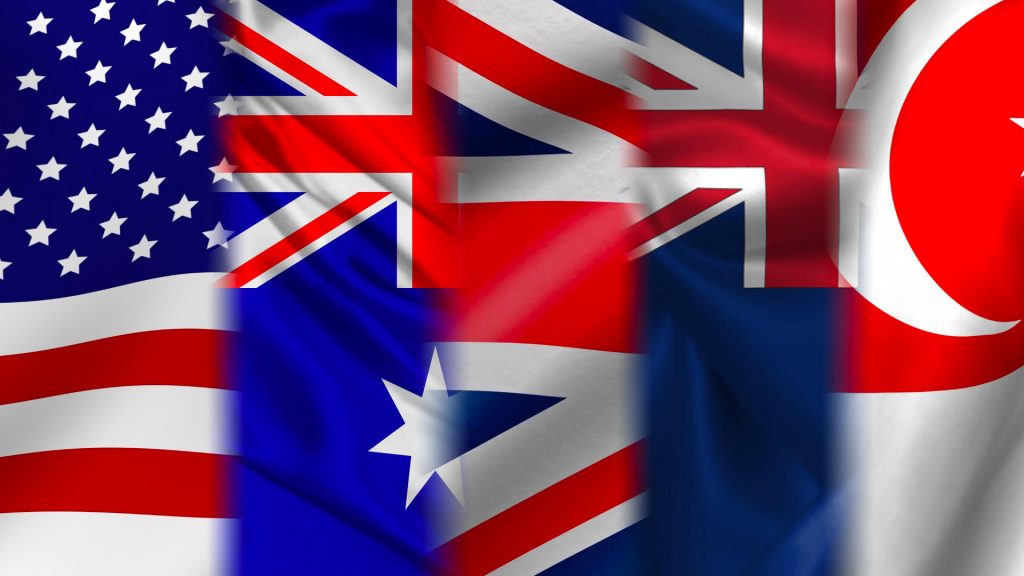 It was the Autumn of 2005. I was recovering from an ankle injury that I sustained at my martial arts school. During my recovery, I began to think about my future. I’d been living in The United States for 5 years. I’d graduated with a Masters degree, and had a decent job at a Fortune 50 company. I drove a nice vehicle that was paid off. I had savings and no debt. I lived in a nice neighbourhood that was safe.

My life was not too dissimilar from migrant professionals in the US who come in as international students and transition into the US workforce. I was a law abiding, respectful member of society, and an exemplary and high performing employee.

Life in America is a lot better than most other places in the world. Overland Park, KS where I lived is consistently ranked the best place in the United States for the quality of life. This is a part of America where the roads are wide, the neighbourhoods are generally safe, land is reasonably cheap, the cost of living is low compare to the rest of the country, and all things considered, life is relatively stress free. There is access to good education, and people are generally nice. If you’re professionally employed, well educated, and in good health, life is pretty good here. This is especially true if you are a US permanent resident, or better yet, a US citizen.

I had little to complain about. I had a decent job, a relatively stress-free life, and a good social circle. I was fundamentally comfortable with my life in the present. It was my future that was calling out to me to consider what I wanted to do next.

It is a human trait that one doesn’t really appreciate what’s out there until one steps out of their comfort zone.

I had been living in the US for 5 years, and was still considered an “alien” (that is the official term).  I was on an H1B Visa. When you’re employed by an American company on an H1B Visa, you can only work for that employer, in the specific role that you were hired for.

The terms of your work visa restrict you from applying for roles other than what align with the skills that it defines, even within your own employer (if you’re an engineer, you can work as a software developer, but you won’t really qualify for a role in marketing).

Changing employers is somewhat complicated; the fact that you’re on a working visa is sometimes enough to put off another employer from hiring you so that you can take your career forward.

I was fortunate that I had a good employer, and good managers who were supportive. I also realised that it was my responsibility to plan my own future, and that I’d have no one else to blame if my life didn’t turn out the way that I wanted it.

I hadn’t become a permanent resident at that stage, being aware that to become one required a considerable investment – either in time, or in money, or both.

There are a few ways that one can become a United States permanent resident.

With my swollen ankle compressed, iced, elevated, and rested, I’d assessed the opportunity cost of securing a United States Green Card was too high for me to put all my eggs in a single basket. I proceeded to do some research on immigration programs around the world.

My choice of destination was based upon the values of the nation, career opportunity, climate, quality of life, political and legal stability, and good social infrastructure that looked after its citizens.

I came up with Australia, Canada, New Zealand, the United Kingdom, and Singapore as my potential destinations. All of these nations offer a form of skilled migration.

I ended up applying for residency in both Australia, and Canada. My application for Australia was accepted first.

The entire process took 18 months from the day that I started considering the move, to the day that I was granted my residency. This was less than the time it took me to graduate from university in the United States. I had become an Australian permanent resident without even stepping foot on Australian soil. Six months later, I boarded a plane to Melbourne to move there permanently.

So why did I choose Australia at the end?

Australia has a warmer climate which appealed to me more than the cold Canadian winters.

If I were to have moved to Canada, I would have moved to Vancouver. As it happened, I moved to Melbourne (which happens to be the coldest city on mainland Australia). Both cities are consistently ranked in the top 5 best cities in the world to live in.

Canada is easier to get to from the Northern Hemisphere, and has easier access to the United States of America.

Australia has a great sporting culture and shares a love of cricket (which is a religion in India). Both nations have an outdoorsy culture – though Canada probably pips Australia in this department… though only just.

Canada is a more attractive destination for musicians on tour.

At the end of the day, the one thing that I have to say is that there is life beyond the United States… and good ones at that.

The United States of America will always have a special place in my heart and in my memories.

It is where I earned my advanced degree, and where I learnt how to step out of my comfort zone and gather the courage to step out into the unknown. I made a lot of friends there, and I still enjoy going back… though this time, I know that it is purely as a visitor.

This is not to say that the US should not be your destination of choice.

It finally comes down to the individual to decide where the best place is for them to settle down. Its important to be honest to yourself when making this decision.

Sometimes, not getting what you want when you want it can be a blessing in disguise. Just because the American Dream doesn’t work out (or takes too long to become a reality), doesn’t mean that you can’t get another dream to make a reality.